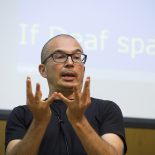 With this post, I’m adopting a slightly different approach to blogging.

To this point, I’ve tried to post articles that are complete. In other words, they start at the beginning, and then reach a conclusion at the end.

However, with a subject like the one this post talks about, that kind of approach just isn’t possible. There’s too much to say, and no coherent ‘finished’ ideas…

Normally this might form part of a teaching series… but since I don’t have that opportunity, I’m offering it to the web, for free. (If anyone wants to use it for teaching, then just reference me… or better still contact me and I’ll come and teach it for you!)

So, with this post, I’m adopting a ‘working paper’ approach.

This will be the first of a number of posts on the same subject, that necessarily tie together. This means that what I say is half baked, and necessarily unfinished… so read, but bear in mind that I’ll be following it up with more.

I’d love this to provoke discussion – so feel free to add comments, or to contact me either by mail (details in the contact page), or on twitter (@mikegulliver).

And so to the post… which was provoked by an initial question: Is there a way to break out of the “something or nothing – but not everything” loop in which sign language recognition campaigns appear to have got themselves stuck? …

The ‘something or nothing… but not everything’ problem

Following my post earlier this week on NZSL, there was a discussion on Twitter between me and a couple of other researchers.

It emerged that the NZSL act that I had analysed back in 2006 (pre-passing) had been considerably watered-down to get it through parliament. So, the act now only really provides access in law courts, and only through disability means.

The offer from the government to the Deaf community appears to have been “you can have something or nothing… but not everything”.

This made me think of 2003 in the UK, and the way that the original campaign for BSL recognition ended up as a largely token affair. One of the reasons that this happened was that behind the scenes, there was a clear choice offered to the principal actors by the government.

The choice they were presented with was again “you can have something, or nothing… but not everything”.

And then yesterday I spotted a discussion on Facebook in response to the Chicken post about Malcolm Bruce’s meeting with various Deaf groups in London, in which some people were clearly unhappy with the news that the Private Members Bill that he was proposing had been weakened, piped through a disability framework, and selected 14th for debate – which means that it will never actually be discussed.

Again – that appears to have all that’s available (in England at least). Something… or nothing. Not everything.

New Zealand, 2003, the present… three examples of where Deaf people are pretty much being told that they just can’t have what they want, and to put up with a token… or nothing. And there are untold more.

Now, I’m not suggesting that the ‘something’ route will be an inevitable failure… I understand the need for incremental softening of policy bodies, and the opportunities that might arise in the future.

But, the something/nothing/everything tension reminded me of a fundamental debate that I have with a colleague here at Bristol.

I’m an idealist – I believe that only ‘everything’ works… and that, basically, you should keep saying no until you get… everything (or at least something you want).

She’s a pragmatist – she believes that getting something is a good starting point. A starting point that allows you to move on and ask for more.

I disagree. Getting something means that you then have something where you had nothing before – and so there’s no reason to immediately give you more. Better to refuse, and wait until you get everything.

She disagrees. Taking that approach, she suggests, means that you probably won’t get anything.

I agree – possibly not… not quickly. But you will eventually if you stick at it, and want it enough to make it happen.

She disagrees. “You’ll never get a groundswell of support big enough” she says. “And anyway… that’s not how policy works”.

Ah, I say… but it does… and you can… And then I point to Ghandi’s India and how he successfully raised a national groundswell of support for policy change by following a non-violent transformative campaign method he called Satyagraha (or ‘truth force’)

I don’t have space here to go into Satyagraha – that’s in the next few posts, but the key element to bring out at this point is its success… not only in getting what you want, but in getting it in a way that is fundamentally constructive:

Ghandi is not the first person that I know of to have tackled large-scale policy change with the British government… but he is the first that I can think of to have do so without violence, or without creating lasting resentment. By the time he had finished, not only had he secured what he wanted, but he had successfully transformed many of the attitudes that the British originally brought to the table – and so actually helped the government that he was campaigning against to learn.

I said this was a partial post… I’ll be going on to look at Satyagraha, and how it might apply to SL recognition. I have (at this point) a few key questions, which I’ll explore and try and answer (albeit incompletely, I’m sure):

This entry was posted on September 12, 2013 by Mike Gulliver in Academic, Working papers and tagged Ghandi, recognition, Satyagraha, Sign Language.